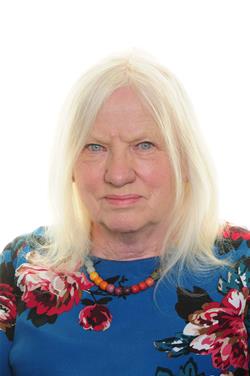 Councillor Maggi Clark was originally elected to the Council in 1990, representing the old Central Ward, serving until 2002 when she stood down for personal reasons. She was invited to stand as a candidate for Keppel Ward and was re-elected in 2012 and again in 2016 and 2021.

She is currently Chair of the Overview and Scrutiny Management Board, a member of the Advisory Licensing Board and Licensing Committee.

Maggi is married with two grown up children and three granddaughters. Having lived in Rotherham all her life she attended Kimberworth Infants and Meadowhall Junior School then Rotherham Girls High School. She worked in the Civil Service and in banking, she studied with the Open University before going to Sheffield City Polytechnic to study for her degree. She is now retired, but worked at the Development Education Centre in Sheffield, and Victim Support Rotherham, she most recently worked for John Healey, Member of Parliament for Wentworth and the Dearne, and Linda McAvan, Member of the European Parliament for Yorkshire and the Humber.

She has been involved with several community groups over the years and served as a school governor. She is a member of the Management Board of Wortley Hall and of Thorpe Hesley Women’s Institute.

She writes a regular article in Grapevine the parish magazine for Thorpe Hesley and Scholes. In her spare time Maggi loves walking and reading.

“If you live in Kimberworth, Kimberworth Park, Scholes and Thorpe Hesley and would like to get more involved in making a difference to your local area please get in touch. As a councillor I have a small amount of money to assist community groups and projects in Keppel Ward. Please contact me for more details," says Maggi.

Further information regarding the Keppel ward can be found on the Council’s website.