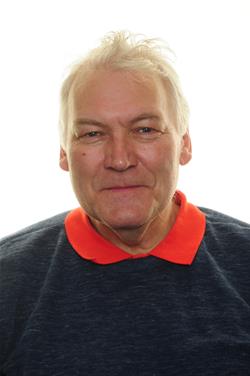 My professional background has been with South Yorkshire Ambulance Service, working as an operational paramedic and in control and communications. I was awarded the services' Good Conduct and Long Service medal by the Lord Lieutenant. Recently I obtained a post-graduate certificate in Modern Governance from the University of Huddersfield. In 2011 I was appointed Director of Finance for a national association.

I was first elected to Rotherham MBC in 1985.

Outside the Council I perform a range of activities in the Criminal Justice System including non-executive Director of South Yorkshire Probation Trust; Magistrate; and Audit Committee Chair. Working with National Offender Management Service Officials and the Probation Association I chaired a National Working Group called The Specification Benchmarking and Costing Programme. I also chaired the Courts Board for the Humber and South Yorkshire from its establishment to abolition.

As a committee community activist, I am involved in a number of voluntary and community organisations in the local area including Swinton Sports and Health Group and the Area Housing Panel.

I have a strong interest in local history and heritage issues and served 7 years as a member of the Heritage Lottery Committee for Yorkshire and the Humber. I have been involved in a large number of projects which celebrate the rich local heritage of South Yorkshire. I have been the co-producer of a series of films including History of Swinton Volume I-IV which gives a comprehensive film history of the town from the earliest times to the present day. I have had many articles published on a range of subjects and I’m the author of a number of books on subjects of local interest and regular guest speaker.

I am a regular fundraiser for various local good causes and have a wide experience in project and event planning, organisation and delivery. Everything from a boxing tournament, to a beer festival to a fun day for children with autism; professional concerts; heritage projects and fairs.

Married to Helen, we have one son and daughter.

Should you wish to contact me I hold regular surgeries, am contactable by telephone, SMS text, email, I am also a user of twitter and facebook.

Further information regarding the Swinton Rockingham ward can be found on the Council’s website.